From the Russian Revolution onwards, the West presented a problem for the Soviet Union (“Soviet Russia” until 1922) and its key ideologues. It became an adversary, but also a competitor and a point of reference. The West was something that the Soviet Union strove to not only catch up to, but surpass, with the primary foci being economic and technological development. The Soviet Union tried to stand out from the West in terms of political thought, social order and culture, which caused a dilemma about how to deal with the West.

As per Marxist theories, the West should have been in decline, but it was clear that the West was constantly ahead of the Soviet Union, especially in technological and economic development. Throughout its existence, the Soviet Union was forced—either willingly or unwillingly—to address advances in Western countries. In culture, the situation was not simple. The world of art, which is my key interest, underwent many changes during the Soviet years as connections with the West increased and decreased but never ceased altogether. 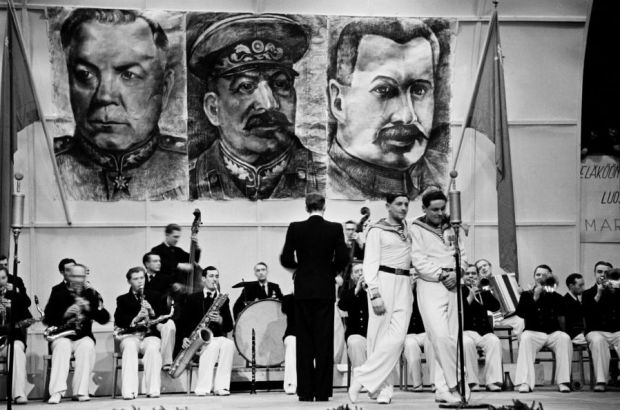 In my doctoral dissertation (2007), I examined the development of Soviet music policies in the 1930s. I used music as a window to Soviet authorities’ perception of music, and to the demands directed at composers and music professionals by the Soviet power. Notably, the arts were given an important role in the ideological and political education of Soviet citizens. Artists were made a part of the Soviet elite yet were expected to align with the ideological and political demands of the system.

During the Stalin era (c. 1930–1953), the West was portrayed as a clear enemy, and everything Western became ideologically undesirable. In the arts, this meant the rejection of contemporary (post-1918) Western artistic developments. Socialist realism, even if it never was a clearly defined concept, became a template for all areas of the arts. The cornerstones of Stalin-era art were the people (art must be understandable), Soviet ideology (art must support the Party), realism (art must be representational) and anti-Westernism. Conversely, pre-revolutionary classical Western art was warmly embraced. The music of Mozart and Bach and the plays of Shakespeare and other classics became the key building blocks of Soviet art. 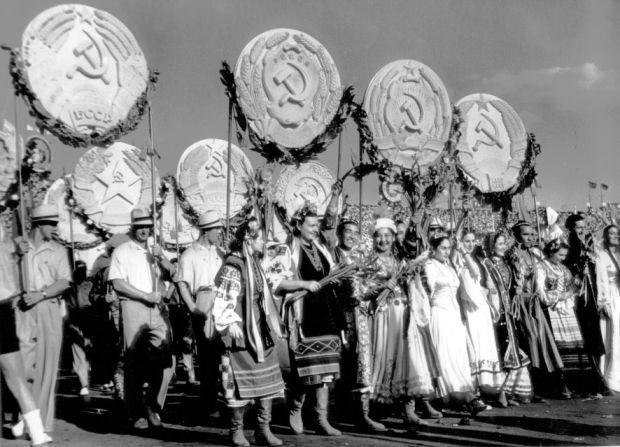 The world of art is by default international and cosmopolitan. The arts have always shunned national borders, and the mobility of artists has been quite natural. Thus, before the First World War (1914–1918) and the Russian Revolution, artists of the Russian Empire were in close connection with the West through traveling and often living in European metropolises, such as Paris, Rome, London and Berlin. After the Revolution, many artists left Russia. By the 1930s, the Soviet Union had begun to systematically cut its ties between Soviet artists and their Western colleagues. Although these cuts were never completed, a generation of Soviet artists essentially grew up in a void, where Western influences were kept to a minimum.

Stalin’s death in 1953 began a new era of openness towards the West. Most artists embraced the change, but were given few chances to interact with their Western colleagues. When contacts between the Soviet Union and the West were revived, performing artists (versus creative artists) were allowed to travel the most. For example, in the area of music, instead of sending Soviet composers abroad to promote their works, the Soviet Union sent its world-class musicians all around the world. Typically, they would play Western (and Russian) classics rather than Soviet-era works.

The Soviet Union had ideological reasons to engage the West after a quarter-century of voluntary isolation: Soviet leadership wanted to challenge the capitalist West and prove Soviet superiority in culture, economics, the military and technology. By sending its best artists and troupes abroad, it wanted to appeal to Western audiences. By winning over the Western populace—or, at the very least, proving that the Soviet Union was also a cultural superpower—the Soviet Union wanted to increase pro-Soviet sentiments and decrease the appeal and outreach of anti-communist forces.

This approach was not new; rather, the target of the capitalist West was a novelty from the mid-1950s. After the Second World War, the best Soviet artistic forces were sent all over Soviet-occupied Europe to astonish and charm the local populace, which was sometimes quite wary of Soviet objectives. There was also one country that, while not occupied by the Soviet Union, nevertheless received many Soviet artistic visitors throughout the first post-war decade: Finland. From the mid-1950s onwards, this approach was broadened to the rest of the capitalist West and to developing countries. It was also significantly expanded.

The author is Finnish Academy Research Fellow (2014-19), Docent of Russian History, and Senior Researcher (on leave) in University of Jyväskylä, Finland.